Sizing, decoration – these are all a product of socio-cultural and historical influences, and preferences similarly the subjective mix of time, place, and individual. It’s why there are trends, why which watches do well can differ between markets, and why special regional editions exist.

So too, is colour.

There have been a lot of green dials over the last twelve months, and there’s no reason to think that this won’t continue until the end of 2021, but there have also been some recent bursts of other bright and bold hues, including a number during Watches & Wonders.

The influences for some of those colourful new releases have included the 1970s and 1990s, and even the new collection from Swatch reminds me a bit, with the pale pink and blue variants, of some of the clothing trends of the 1980s – these colours formed a part of the whole ‘Miami Vice’/ preppy look, in polo shirts, business shirts, jackets, pants, and even the odd suit. The 1980s was also the era of rock, goth, punk and hip hop all having a big influence on colour and design, but I am somewhat doubtful that I’ll see those manifested in 2020s watch design.

There are two tunes running through my head – obviously Henry Mancini’s ‘Pink Panther’ theme, but also ‘Think Pink’ from the film ‘Funny Face’ (1957).

The Flying Regulator Open Gear model has come in many dial guises, and this has included guilloché in strong colours – notably green and yellow. This time, however, the 41mm stainless steel case has DLC coating and the colour of choice is (a similarly strong toned) pink. 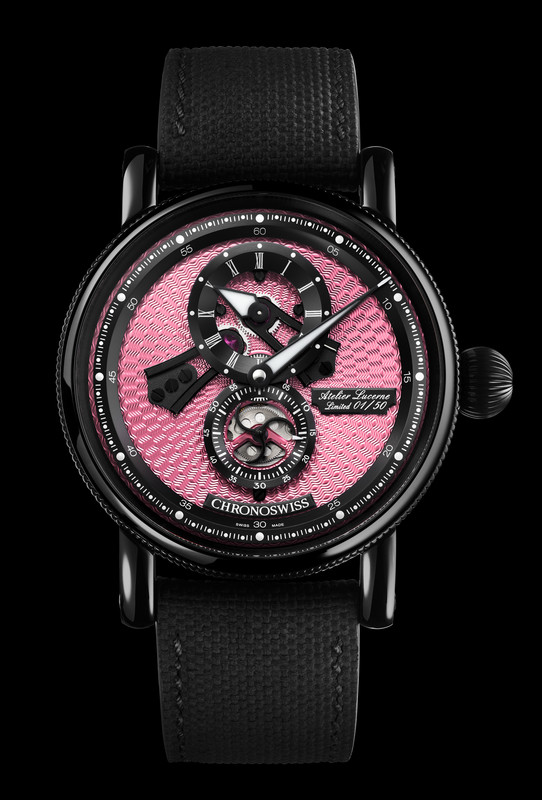 This collection family is all about the dial construction. It has two levels – the first is obviously the hand-guilloché dial, in this watch with pink CVD (Chemical Vapor Deposition) coating. The upper level is the ‘open’ part, skeletonised train wheel bridges and skeletonised gear mounted onto the dial, along with the lumed hours and seconds hands ‘regulator’ style. For those who are unfamiliar with this sort of a time layout, the hours are at 12 o’clock, the minutes are the large centre hand, and at 6 o’clock is a small seconds indication.

The case itself has a combination of polished and vertical satin finishing, and is water resistant to 100m. The bezel is partially knurled, and there is an onion crown. 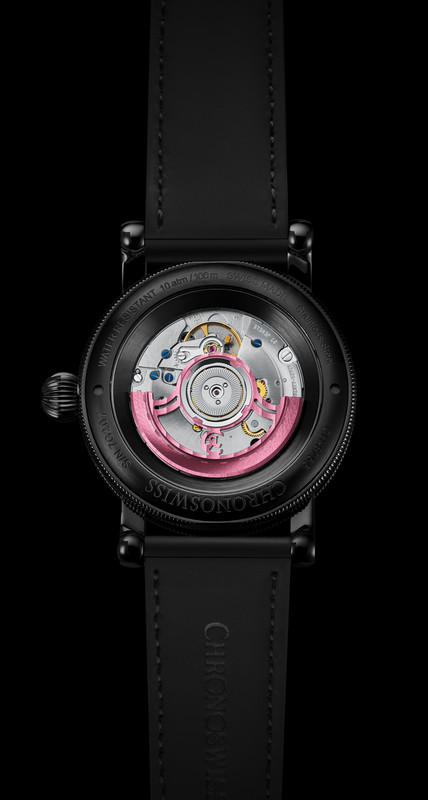 Through the open case back can be seen the automatic Calibre C.299 which beats at 28,800 VPH and has a power reserve of 42 hours. It has a skeletonised CVD-coated pink rotor and features Côtes de Genève.

Coming on a rubber-on-leather strap with DLC-treated steel buckle, the Flying Regulator Open Gear Pink Panther is in a limited edition of 50 pieces and has an RRP of AUD 14,700