Since launching in 2007, the RAYMOND WEIL Freelancer model has been an echo of discerning taste for watch collectors the world over. It’s been almost five decades since founder Raymond Weil created the family-owned Swiss watchmaking company during the notorious Quartz crisis, and it is the Freelancer collection – recently elevated with the birth of the Calibre RW1212 – that has become the brand’s most iconic name, establishing itself as a watch for those who strive to lead, not follow.

Prying apart the history of this relatively young, independent watchmaking brand and their first proprietary movement – built in collaboration with Sellita – is a tale of perseverance and transformation. When the Cal.RW1212 movement was first introduced in 2017, it was distinguished not just by its elegance, but by the emphasis on it as a piece of theatre built to be admired in a specific way. 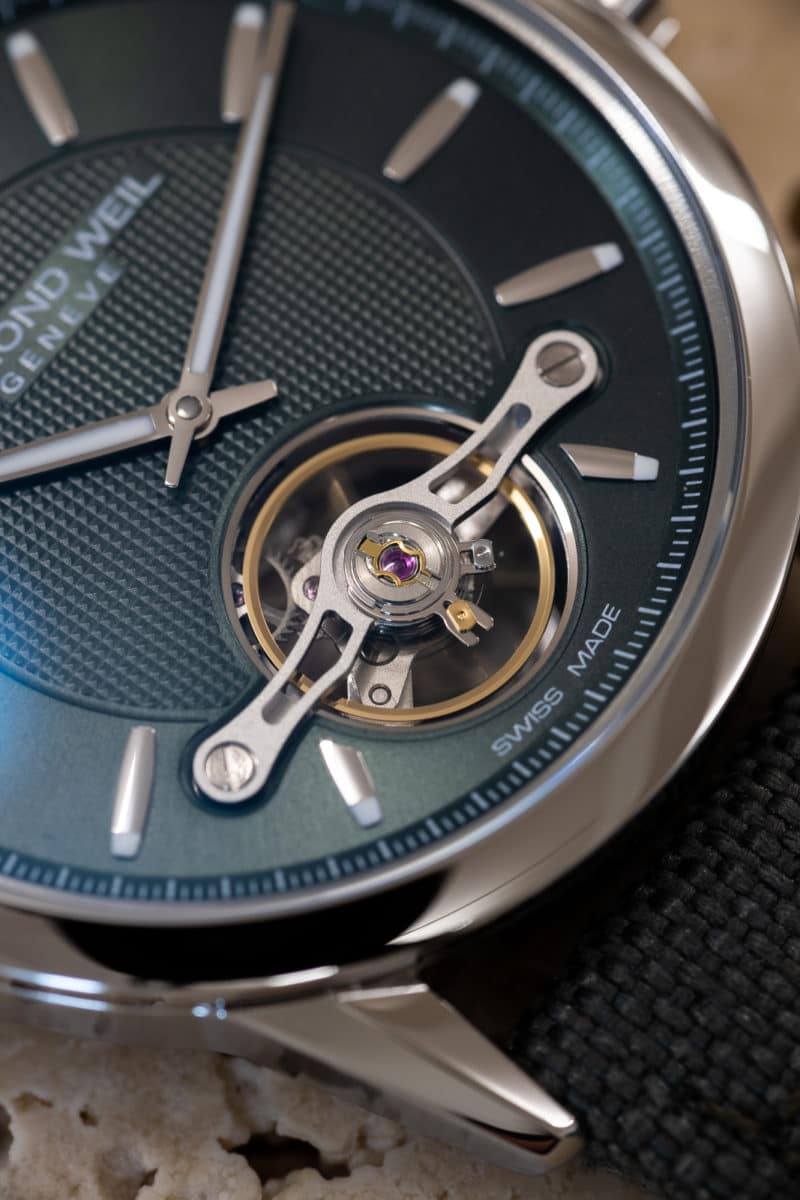 The contemporary, two-handed Freelancer model became the vessel for this movement, which was created after an 18-month collaboration between RAYMOND WEIL’s research & development team, and the designers at Sellita. Of course, while this contradicts the claim that it’s a proprietary ‘in-house’ movement, given Sellita provides movements for countless other brands as well, the RW1212 is exclusive to RAYMOND WEIL and uniquely plays into the brand’s values.

The movement, which beats at a frequency of 28,800 vibrations per hour and has a 38-hour power reserve, became the undeniable star of the show.

Named RW1212 after the postal code of RAYMOND WEIL’s Geneva headquarters in the suburb of Grand-Lancy, the calibre is best distinguished by the 6 o’clock dial-side positioning of its regulating organ, where the balance-and-spring construction is located above the main-plate and held in place by two bridges. The build is simple and, upon a cursory glance, could be mistaken for a tourbillon. Yet the smaller details are incredibly complex, with everything from the diamond-polished balance wheel and skeleton bridges worked precisely to offer improved visibility through the watch’s partially open-worked dial. 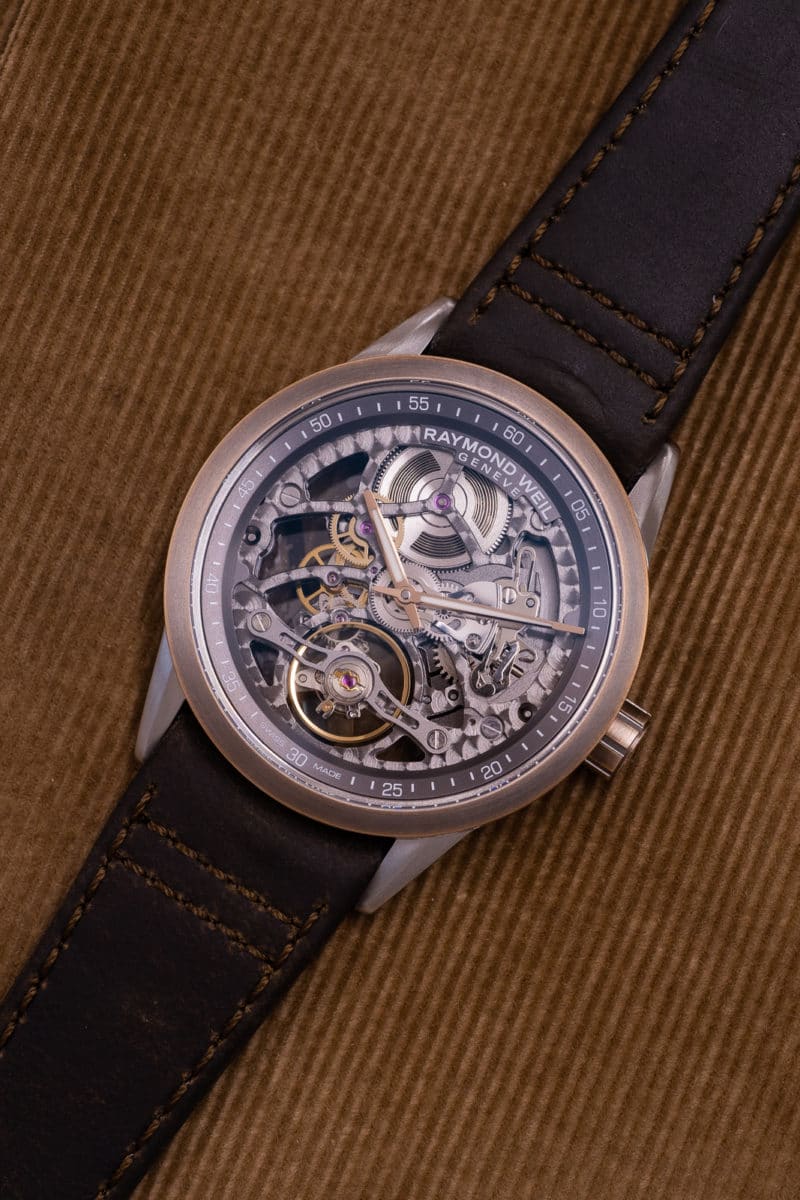 As such, the exposed dial-side regulator was visually separated from the watch’s subdials, hands, and windows. In essence, this placed substantially more emphasis on the movement as its own element – a conscious uncoupling that reiterated just how key this movement was to the evolution of the brand and the Freelancer collection.

By putting the watch’s inner complexity on full display, RAYMOND WEIL elevates the Freelancer to a level far beyond its accessible price point. This was, and continues to be, a mechanical watch of supreme confidence and style, reserved for enthusiasts of haute horology.

Over the past two years, the RW1212 Freelancer models have firmly transitioned the brand from outdated veteran to top 10 draft pick – most notably the 42mm case with green dial and textured fabric strap introduced in 2020, which casualised what was formerly quite a dressy watch. 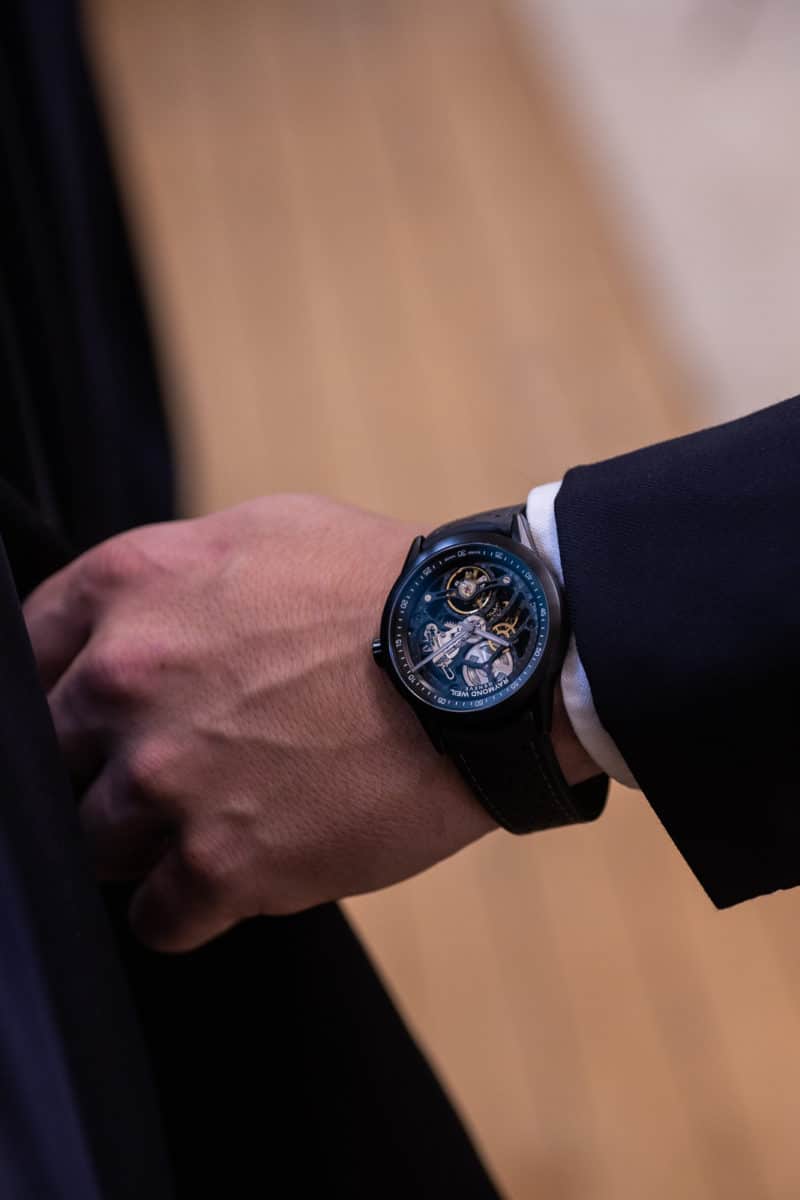 Where the modern Freelancer has excelled is case proportions and finishing. The slim 10.6mm profile makes for a dreamy and versatile daily wear, made even more comfortable by the choice of a quality steel bracelet or interesting straps. Case in point: the new RAYMOND WEIL Freelancer Calibre RW1212 Skeleton which oozes character by matching a striking PVD case with a brushed black rotor to a perforated black rubber strap. The rubber adds a modern sporty edge while the perlage polishing on the movement harks back to finer horology. Their latest iteration, the RAYMOND WEIL Freelancer Calibre RW1212 Bronze Skeleton, is another step in the right direction, introducing a Bronze bezel with a matching crown, paired with a textured brown leather strap, ready to patina with each individual wearer’s journey.

The Calibre RW1212 has been the catalyst for wider innovation at RAYMOND WEIL, spanning movements, materials, and design. Transitioning from traditional to avant-garde, the RW1212 collection links RAYMOND WEIL’s storied past – which began by going against the norm during the most tumultuous time for the watchmaking industry – with a bright and exciting future, for watch enthusiasts who also strive to go against the norm.